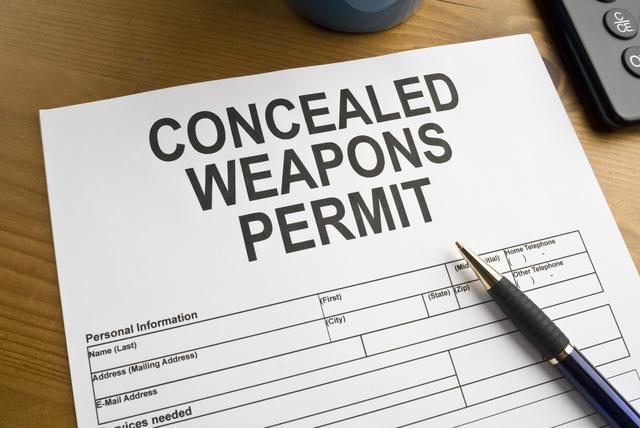 According to some research, about 40% of Americans own a gun or live with someone who does.

If you are interested in getting a gun or CCW permit, you might be wondering what you need to do to get one.

Thankfully, we have the perfect guide to help you get your permit, so make sure you keep reading!

What is a CCW Permit?

A CCW permit lets you carry a weapon (like a handgun) legally in public, but you can conceal it if you want. You can either keep it on you or somewhere in close proximity, like in your car.

Many people get a CCW so that they can use it for self-defense. Some states make it illegal to carry and conceal a weapon without having a permit from the government. Depending on where you live, it might be harder to get this permit too.

However, the Second Amendment is what gives all Americans the right to bear arms.  But in 1813, Louisiana and Kentucky became one of the first states to ban concealed weapons. After a few more years, many other states passed similar laws.

However, in the late 1990s, many states in the south started passing rules that you could carry a concealed weapon as long as you had a permit to do so.

Difference Between a Permit and CCW

There is a difference between having a CCW permit and a permit to have a gun. For example, in North Carolina, you’ll need to have a permit to purchase a handgun.

You can also purchase and conceal a handgun with a CCW, but you can’t conceal it with a regular gun permit.

To get a regular permit, you’ll just have to fill out some forms and pay the fees. Then the government will run a background check on you to check your criminal history. If it comes back okay, you’ll be able to get the permit.

See also  4 Free Gambling Tips You Have To Know!

However, that permit is only good to purchase one gun. If you have a concealed weapon permit, you’ll be able to buy as many guns as you want as long as you keep that permit up to date.

Before you start applying for one, make sure that you check your state’s requirements and laws around owning guns. There aren’t any federal laws that say who can or can’t get a concealed carry permit. All of those decisions are left up to the states, so the laws will be different for each one.

The only federal law that could block you from getting a concealed carry permit is the Federal Gun Control Act of 1968. This law sets up categories determining which type of people can and can’t own guns.

If you don’t fall into any of those categories, the state will still have requirements for getting a gun, including being a certain age, going through training on using a firearm, being a resident of the state, having a valid idea, going to a live demonstration, no felonies or misdemeanors, and no issues with mental institutions.

How to Get One

So if you think you meet all of the requirements to get a CCW permit, how do you get one? First, you’ll have to gather proof of residency, take any training courses, and submit yourself for a background check.

See also  What Is Fantasy Betting and How Can You Start?

You’ll also have to familiarize yourself with the different kinds of concealed carry permit applications. For example, if you live in a state that has shall-issue jurisdiction, you may be denied even if you meet all the criteria. That’s because the government makes those decisions on a case-by-case basis.

Next, you should make sure that you find a concealed carry class, like the ones with Concealed Coalition. Some states require it, but even if they don’t, it’s still good to take them so that you know how to handle a gun. Knowing how to properly handle it and be calm under stressful situations could potentially save your life or someone else’s.

Next, make sure that you fill out the application as correctly as possible. You’ll also have to submit the necessary additional paperwork, like fingerprints, results of a background check, training certificates, and a check for any fees.

Depending on the state, sometimes they could get back to you within seven days or a few months. However, until you have that certificate in your hand, concealing your own weapon is illegal.

After you get your permit, make sure that you keep it up to date and renew it when you need to. You may also want to keep track of the gun laws in case they change.

Learn More About How to Get a CCW Permit

These are only a few things to know about how to get a CCW permit, but there are many more things to keep in mind.

We know that trying to buy a gun can be difficult, but we’re here to help you out.

If you enjoyed this article, make sure that you explore our website to find more articles just like this one.

Do You Need This Male Chastity Belt for Your Unfaithful Man?

A Basic Guide to Sports Betting

A Brief Guide to the Types of Lottery Games